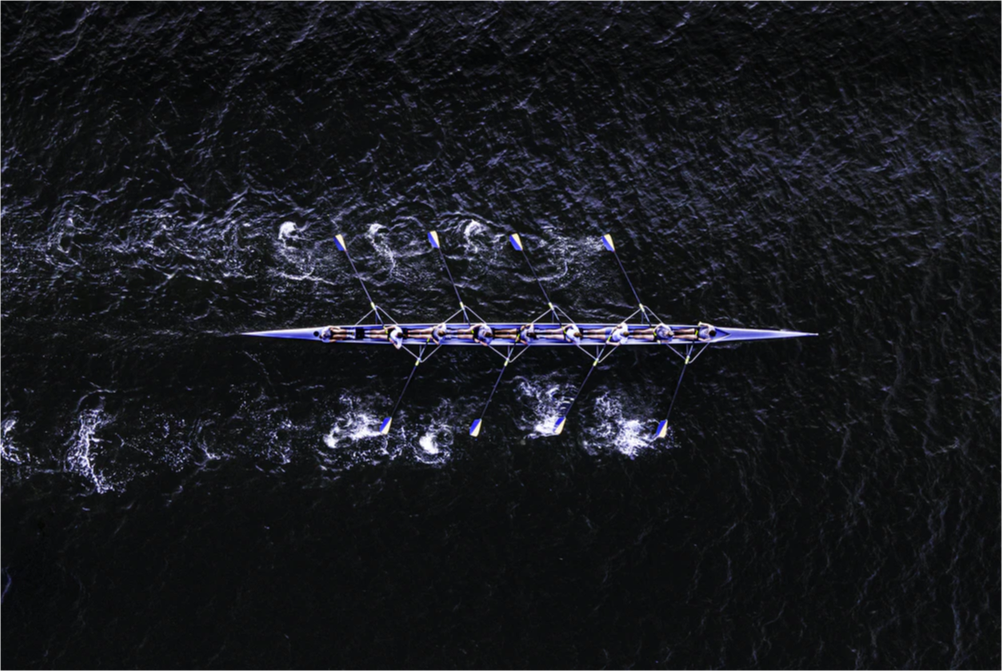 In An Introduction to NebulaGraph 2.0 Query Engine, I introduced how the query engine differs between V2.0 and V1.0 of NebulaGraph.

As shown in the preceding figure, you can see that when a query statement is sent from the client, how the query engine parses the statement, generates an AST, validates the AST, and then generates an execution plan. In this article, I will introduce more about the query engine through the new subgraph feature in NebulaGraph 2.0 and focus on the execution plan generation process, to help you understand the source code better.

When the query engine receives a GET SUBGRAPH statement, the Parser, composed of Flex and Bison, will extract the necessary content from the query statement according to the specified rule, that is, the get_subgraph_sentence rule defined in parser.yy, and then generate an AST, as shown in the following figure.

And then in the Validate stage, the generated AST is validated, aiming to make sure that all the inputs from users conform to the syntax rule. For more information, see An Introduction to NebulaGraph 2.0 Query Engine. When the validation is successful, the content of the AST will be extracted and an execution plan will be generated.

How is the execution plan generated? Database solutions may differ in the form of the execution plan, but their implementations are the same, that is, depending on which operators are used and how the query layer interacts with the storage layer, because data needs to be taken from the storage layer for each query statement. In NebulaGraph, the query engine interacts with the storage layer through RPC (fbthrift), of which the interfaces are defined in the interface directory of the common repository. getNeighbors and getProps are the key interfaces.

To understand the variables in the preceding structure, see the comments in the source code: https://github.com/vesoft-inc/nebula-common/blob/master/src/common/interface/storage.thrift.

It mainly aims to enable this process:

In NebulaGraph, edges are stored with their source vertices in the storage layer, so all the properties of a vertex and its outgoing edges can be obtained through the GetNeighbor interface. However, if you want to obtain the property information of the destination vertices of these edges, the getProps interface is needed. A FETCH statement also needs this interface to obtain the property information of a vertex or an edge. For more information about GetPropRequest, see https://github.com/vesoft-inc/nebula-common/blob/master/src/common/interface/storage.thrift.

With the preceding interfaces, an execution plan can be generated. The operators, start, getNeighbor, subgraph, loop, and dataCollect, are necessary.

For more information about these operators, see the source code: https://github.com/vesoft-inc/nebula-graph/tree/master/src/executor.

Let's take the graph in the following figure as an example to introduce how a subgraph is generated. 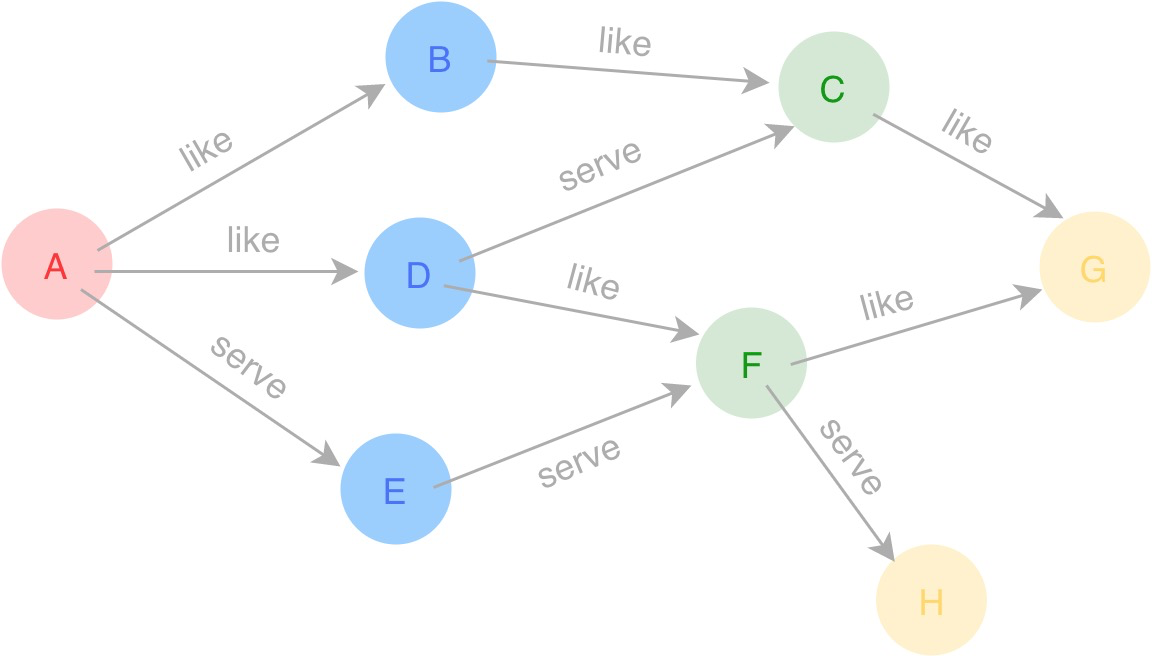 It is easy to start from Vertex A and traverse along the like edges at one hop for the vertices and edges. In this scenario, only getNeighbor and dataCollect are needed. The execution plan is as follows. 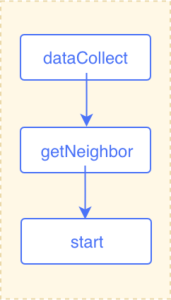 After the first hop, the result of ResultMap is as follows. ​

subgraph receives "GN_1" as its input, extracts the properties of _dst, and then stores the result in "StartVid".

After the second hop traversal, the ResultMap is as follows. 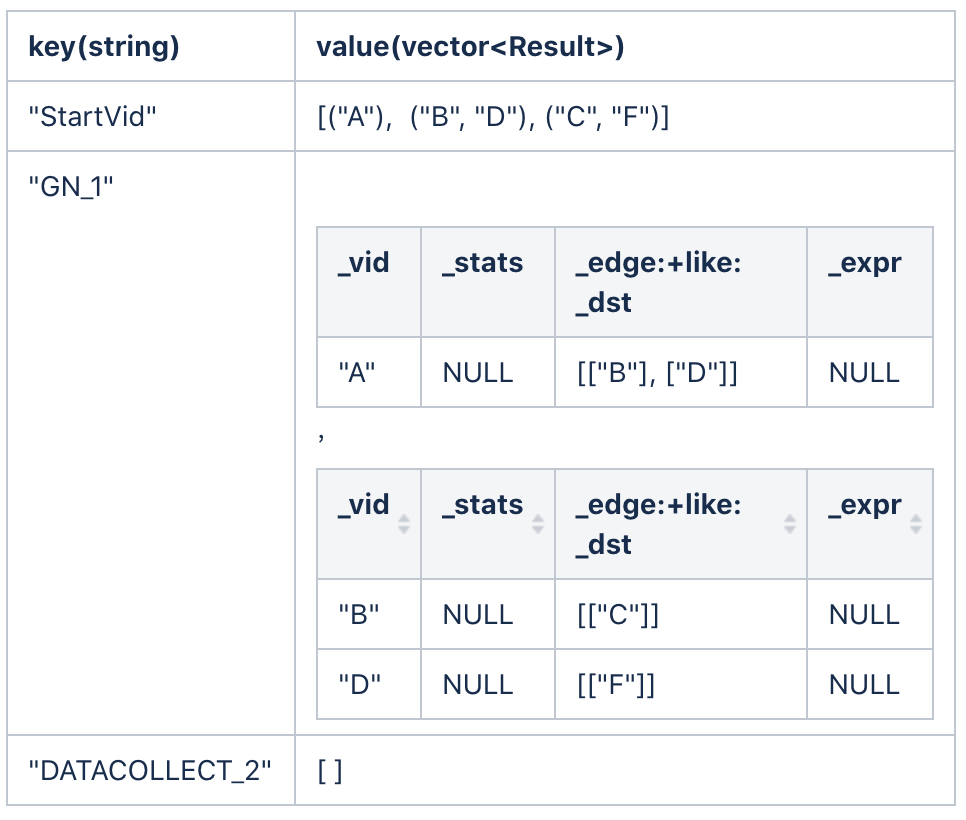 After the third hop traversal, the ResultMap is as follows. 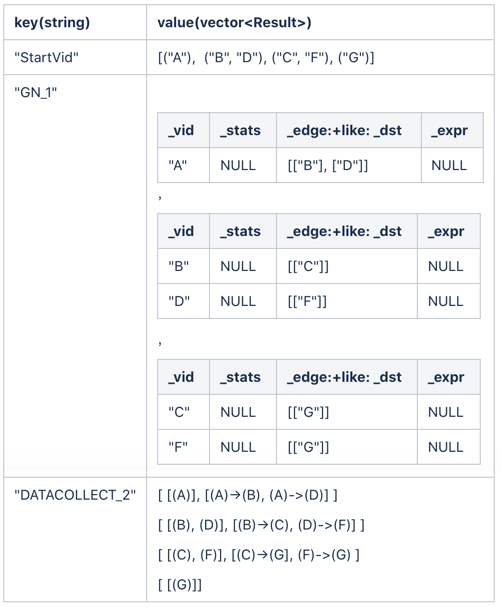 Finally, dataCollect takes all the vertex sets and edge sets traversed in the process, assembles them into the final result, and returns it for users.

In this section, I will use an example to show the execution plan structure of a subgraph in NebulaGraph 2.0:

The execution plan is shown as follows.

In this plan, depend of loop depends on Start_0. However, because there is no multi-statement or PIPE, it is not necessary. ​ Welcome to join the NebulaGraph Slack channel to learn more about NebulaGraph.